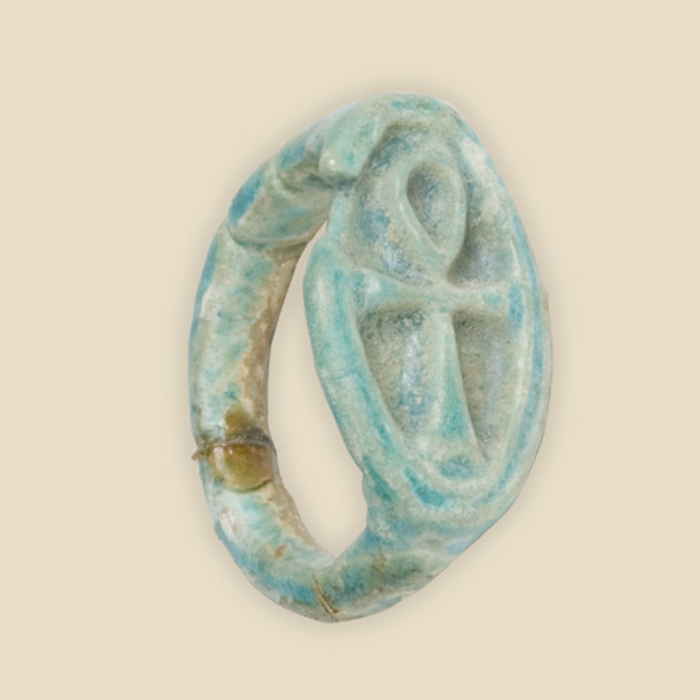 This is a finger ring in the shape of an ankh.

We do not know where this object is from. The ankh was a hieroglyphic sign, the symbol of life. The gods were often shown giving the pharaoh the ankh , symbolising eternal life. In the Amarna period, when the one sun god was worshipped, the ankh is shown being given to the Pharaoh Akhenaten and and his wife Nefertiti by the the rays of the sun disc. This is a finger ring in the shape of an ankh. It is made from faience. It is over 3,300 years old, dating to the 18th Dynasty in the reign of Akhenaten (1352-1336 BCE) in the New Kingdom Period.