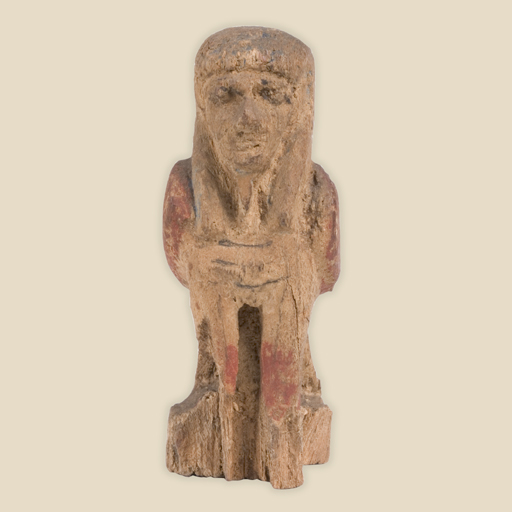 This is a carved wooden figure of a bird with a human face, or a ba.

This object is from Egypt but the exact location is unknown. The ba was one aspect of a person that survived after death. It is often translated as ‘spirit’ though this is a very simplified idea of the ba, and ‘personality’ might be closer to the ancient Egyptian idea. The ba could travel between the tomb and the underworld, but it had to return to the body at night. The ancient Egyptians imagined the ba as a bird with a human head. This figure was probably made for a tomb. This is a carved wooden figure of a bird with a human face, or a ba. It is made from wood. We do not know how old this object is.