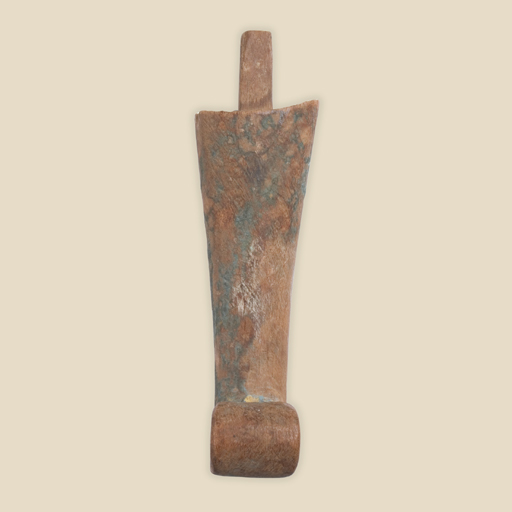 This is a carved beard from a coffin lid.

It is from Egypt but the exact location is unknown. The Egyptians believed that an anthropoid (human-like) coffin could act as a substitute if anything happened to their body, thus ensuring a continued everlasting life. The face on the coffin was essential, even though it was rarely an exact portrait of the deceased. A beard linked the coffin and the dead person with Osiris, the god of the dead. Because carved parts like beards and hands were made separately from the main coffin, such pieces sometimes became detached. This is a carved beard from a coffin lid. It is made from wood. We do not know how old this object is.