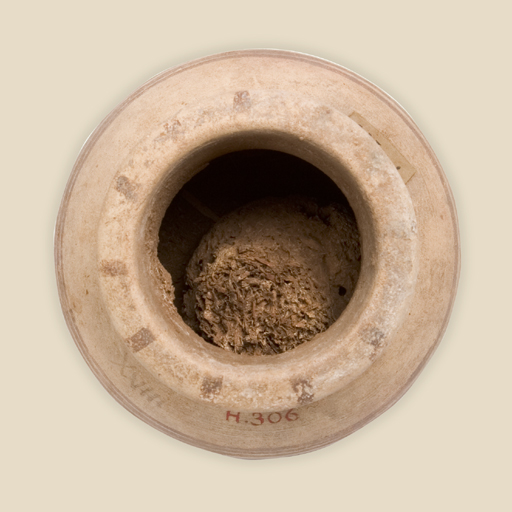 This is a beer jar, with a dried block of barley mash inside.

It is from Egypt but the exact location is unknown. Most Egyptians drank beer rather than unclean water, and it was a wife’s job to make it at home, or to oversee her servants making it. First she made barley dough, in the same way as bread dough. The beer bread was part-baked then mixed with water and left to ferment. The beer did not keep well, so women might have to brew it every few days to keep their family supplied. The beer was probably not very alcoholic, but it was thick and nutritious, perhaps as much food as drink. This is a beer jar, with a dried block of barley mash inside. The jar is made from clay, the barley mash from wheat. It is over 3,300 years old, dating to the 18th Dynasty (1550-1295 BCE) in the New Kingdom Period.