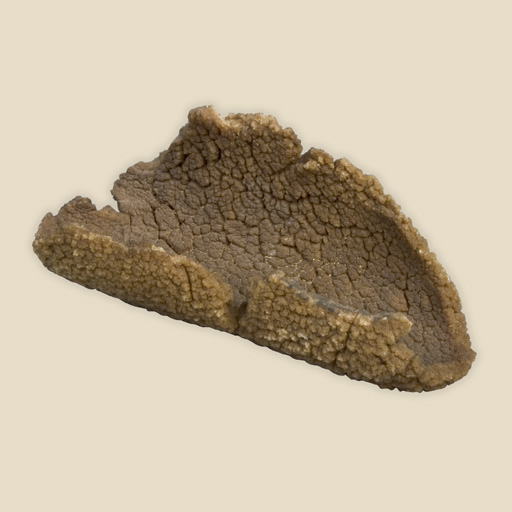 This is a piece of bread from a tomb.

It is from a grave at Thebes. Bread made from barley or emmer, and beer made from bread dough, were eaten and drunk at every meal. The ancient Egyptians ate so much bread that the Greeks called them artophagoi, ‘bread swallowers’. Grinding the corn to make flour was usually women’s work. This dry fragment no longer looks much like bread. It was made with coarse wholemeal flour and would have been flat and round. This is a piece of bread from a tomb. It is made from wheat or barley. The age of the bread is not known.