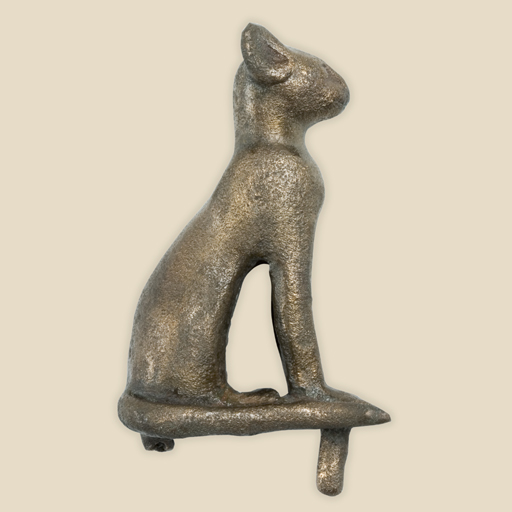 This is a figurine of a seated cat.

We do not know where this object is from. The cat was sacred to the goddess Bastet, and people gave small statues like this as votive offerings to the goddess. Most of the metal statuettes are from the Late or Ptolemaic periods (after about 747 BCE). Coppersmiths must have produced them in large numbers, using the lost wax method. A wax model encased in clay made the mould for the figures: each one is unique as the mould had to be broken and could not be reused. This is a figurine of a seated cat. It is made from a copper alloy. We do not know how old this object is.