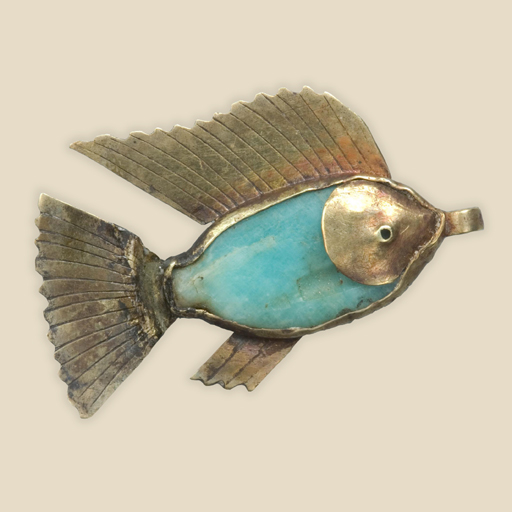 It is from grave W38 at Hiw, Diospolis Parva.

Electrum is an alloy of gold and silver. The materials of amulets were often chosen because they were believed to have magical properties. These would increase the protective power of the amulet. Gold may have been linked with the idea of eternity because it does not tarnish.