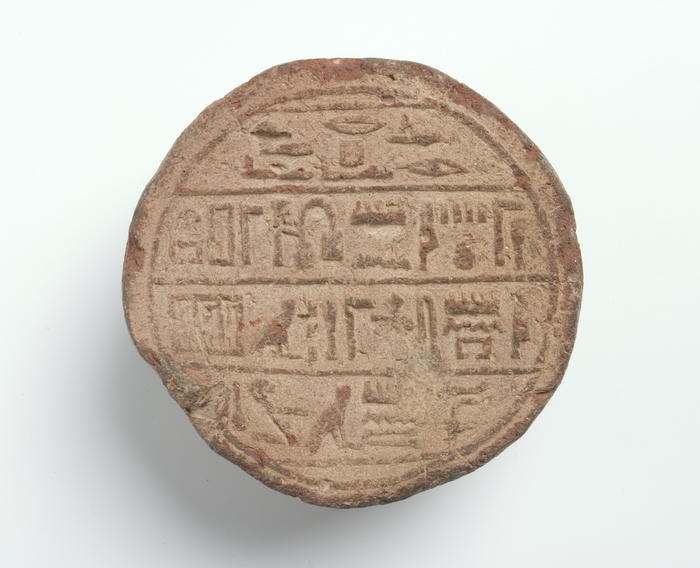 This is a funerary cone for the priest Mentuemhat.

It is from Medinet Habu, in Thebes, from Theban Tomb 34.

Over a long period, it was fashionable to place clay funerary cones, about 300 of them, above the tomb entrance. Egyptologists think they represented the sun, and so gave a link to rebirth. The end is usually stamped with the name and titles of the dead person.The list of titles gives some information on Mentuemhat’s various roles, as 4th Priest or Prophet of Amun, a scribe in the temple and a government official, and on his status as a noble and a leading citizen.’The Osiris, the Noble, the Leading-citizen, the 4th Prophet of Amen, Scribe of the temple of Amen, of the Prophets in the temples, Overseer of the Southern [City], Mentuemhat, true of voice.’

This is a funerary cone for the priest Mentuemhat. It is made from clay. It is probably about 2,700 years old, dating to the 28th Dynasty (747-656 BCE) in the Late Period.