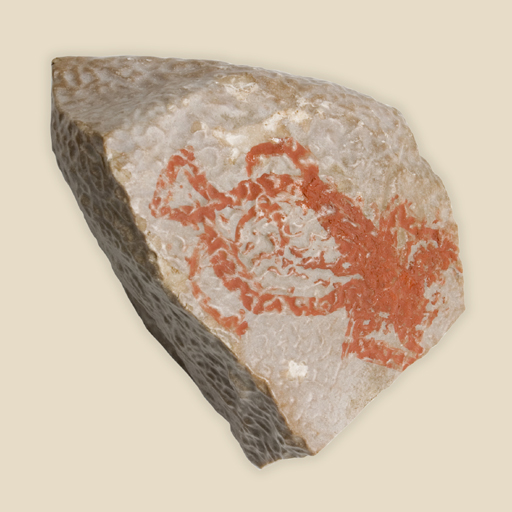 This is a graffiti sketch, probably of a bird or a pot.

It is from El-‘Amarna (Akhetaten). Artists often used limestone fragments to draw on, for practice or for their own amusement. We get some idea of the artist’s preliminary work from the ostraca used for practice by trainee draughtsmen and painters as well as by apprentice scribes. Even qualified craftsmen used them as cheap ‘sketch pads’ when preparing to work on the walls of tombs or temples, or to write on more expensive papyrus scrolls. This is a graffiti sketch of a bird. It is made from stone. It is between 3,300 and 3,600 years old, dating to the 18th Dynasty (1550-1295 BCE) in the New Kingdom.