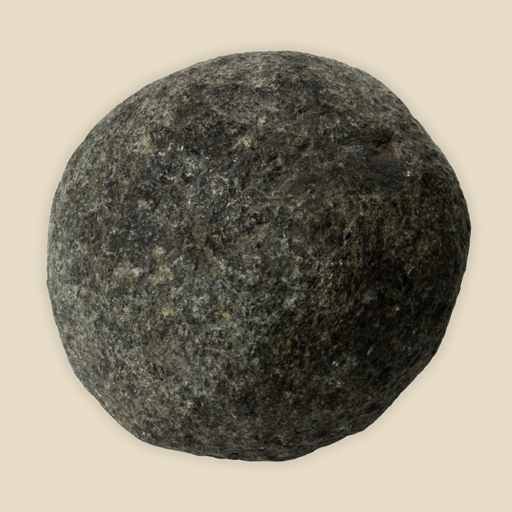 This is a hammerstone.

It is from Giza. Stoneworkers and metalworkers used hammerstones to shape stone or metal. Hammerstones were usually a round ball of quartzite or other hard stone, weighing between 400 and 1000 grams. In stoneworking, a hammerstone was used to batter a stone into rough shape. In the granite quarries they were used for such things as cutting out blocks of stone for obelisks. Did ancient Egyptian stonemasons suffer from Repetitive Strain Injury? This is a hammerstone. It is made from stone. We do not know how old this object is.