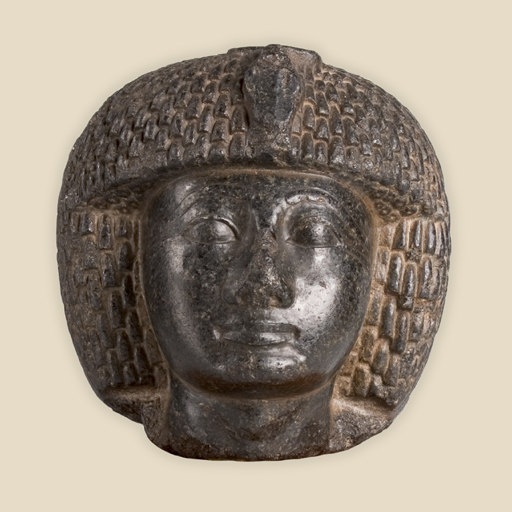 This is a carved stone head from a statue of Tuthmosis IV.

It is from Egypt but the exact location is unknown. Thutmose IV was the son of Amenhotep II and the father of Amenhotep III. He reigned from 1413-1403 BCE, when he continued with the military expeditions of his two predecessors, Thutmose III and Amenophis II. He is not shown wearing a crown or headdress, just a ringleted wig with a cobra at the front. The cobra or uraeus was an image of kingship. This is a carved stone head from a statue of Tuthmosis IV. It is made from stone. It is probably over 3,000 years old, dating to the 18th Dynasty (1550-1295 BCE) in the New Kingdom.