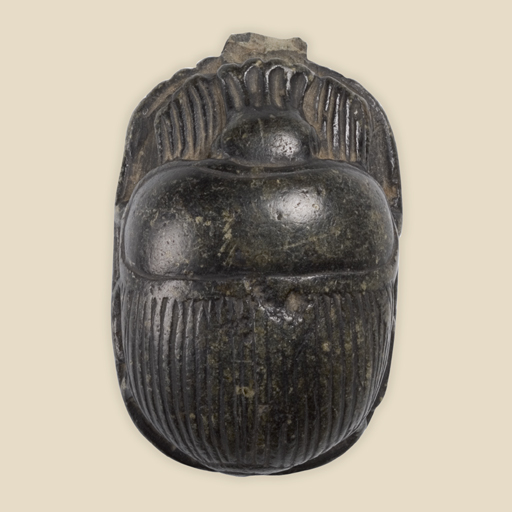 This is a heart scarab amulet.

It is from Egypt but the exact location is unknown. Egyptians feared that their heart might testify against them at the Weighing of the Heart test after death. Heart scarabs were often placed within the bandages of a mummy to prevent this. They were usually inscribed with Chapter 30 from the Book of the Dead: “O my heart which I had upon earth, do not rise up against me as a witness in the presence of the lord of things; do not speak against me concerning what I have done, do not bring up anything against me in the presence of the great god of the west…” This is a heart scarab amulet. It is made from stone. It is probably over 3,000 years old, dating to the 19th Dynasty (1295-1186 BCE) in the New Kingdom.