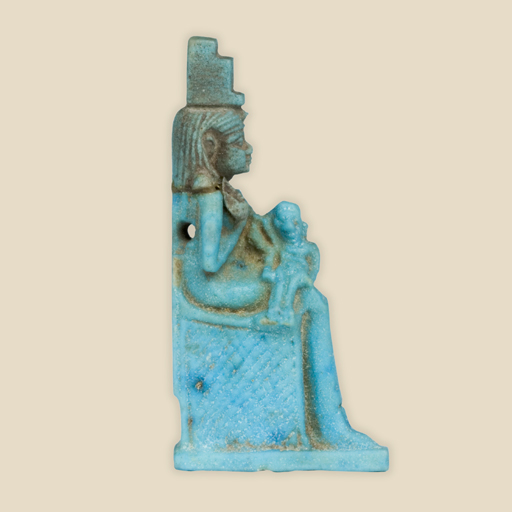 This is an amulet of Isis, nursing her son, Horus, on her lap.

The head is from Abydos, the body is from Thebes. Isis represented the protective mother goddess. The Egyptians often showed her, especially from the Late Period on (about 1,700 years ago), seated on a throne suckling her son Horus. The Egyptians wrapped such amulets in the bandages of a mummy to protect the dead, but women and children also carried them for protection in life. This one is actually made from two broken amulets that fit together almost perfectly. If you look carefully you can see the join. This is an amulet of Isis, nursing her son, Horus, on her lap. It is made from faience. We do not know how old this object is.