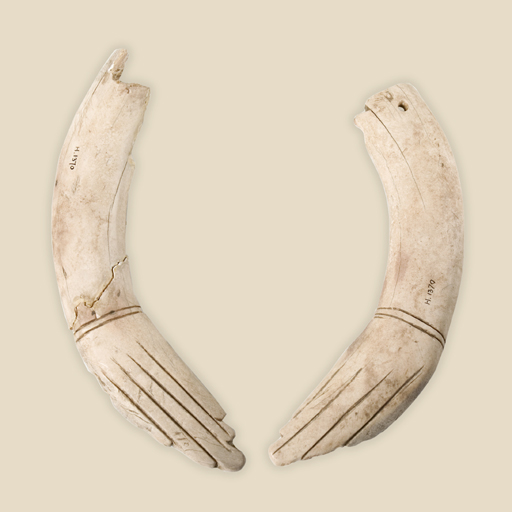 These are ivory clappers or castanets.

They are from Grave Y39 in Deir Rifa. Ivory clappers were used as a musical instrument. Music was an important part of festivals and banquets, and was often accompanied by singing and dancing. The noise of clapping, banging and rattling was also thought to drive away hostile forces. Stamping, and dancing were used in the same way to banish dangerous spirits. These clappers could have been used by a priestess to play religious music, or by a dancer or musician to play secular music at a party. These are ivory clappers or castanets. They are made from ivory. They are between about 3,300 and 3,600 years old, dating to the 18th Dynasty (1550-1295 BCE) in the New Kingdom.