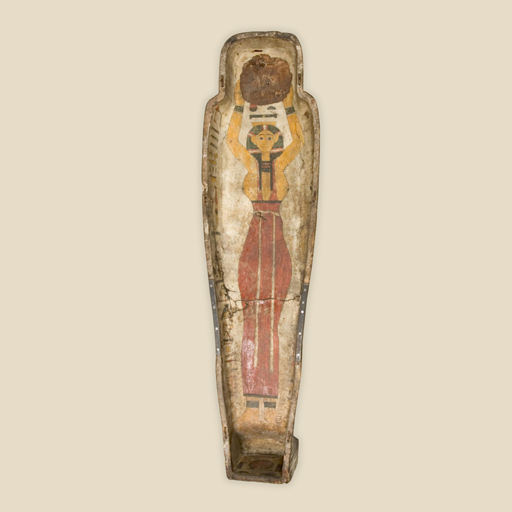 This is a painted wood coffin belonging to a man named Pedi-Hor-pa-khered.

It is from Thebes. Pedi-Hor-pa-khered was a Libation Priest in the temple of Amun. His Father was Nes-maat, his Mother was Ta-miu. From the Old Kingdom, about 4,500 years ago, the coffin was seen as representing the universe. The case was the earth and the lid was the sky. On the inside of this lid is a painting of Nut, the sky-goddess, who was linked to the sun god and the idea of rebirth, and thus ensured the dead would be reborn and gain eternal life. This is a painted wood coffin belonging to a man named Pedi-Hor-pa-khered. It is made from wood. It is over 2,600 years old, dating to the 25th Dynasty (720-680 BCE) in the Late Period.