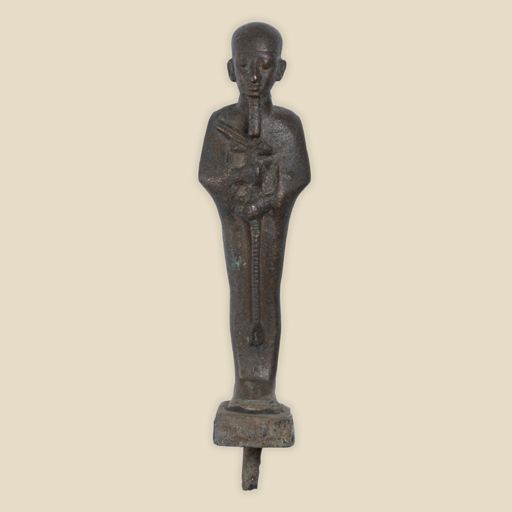 This is a figure of the god Ptah.

This is from Egypt but the exact location is unknown. Ptah was worshipped as the creator god in Memphis. There, he was thought to have been the ultimate creative force behind the actions of the other creator gods. He was usually portrayed as a mummified man holding an incised was sceptre. The gods Ptah, Sokar and Osiris were joined to create the funerary god Ptah-Sokar-Osiris as protector of the dead.These small statuettes were usually made as offerings to the gods, and date from the Third Intermediate Period (about 3,000 years ago) onwards. This is a figure of the god Ptah. It is made from a copper alloy. We do not know how old this object is.