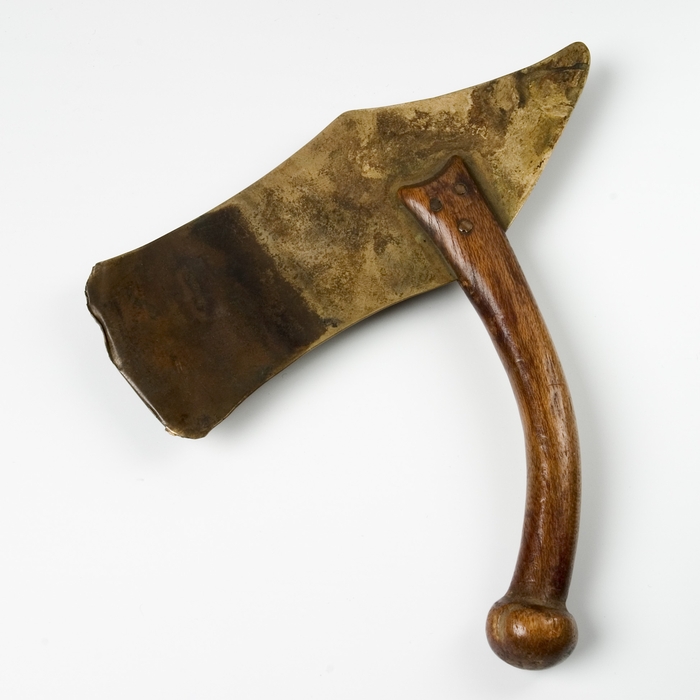 This is a razor.

It is from Thebes. In Pre-dynastic Egypt, men usually grew a full beard. Later they began shaving, leaving perhaps a moustache or a goatee beard according to the fashion of the time. Paintings of workmen sometimes show them unshaven, but the fashion for shaving spread from the nobility down to all people. Priests shaved their heads, and perhaps their whole body, to ensure a ritual cleanliness. Men might shave themselves, have servants to shave them, or pay a barber to do it for them. This is a razor. The blade is made from copper alloy and the handle is made from wood. It is at least 3,300 years old, dating to the 18th Dynasty (about 1550-1295 BCE) in the New Kingdom.