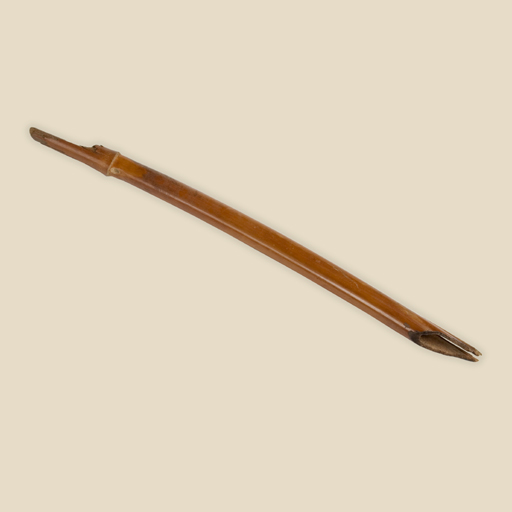 This is a reed pen.

It is from El-Sheikh ‘Ibada (Antinoopolis). A scribe used a wooden palette holding pens and inks, a board to rest on and a roll of papyrus. Scribes used two colours – black and red – for most records. Egyptian scribes usually used a very fine pen, but from the Greek and Roman periods, from 332 BCE, they used thicker pens like this one. This is a reed pen. It is made from reed. It is between about 1,400 and 1,600 years old, dating to the Byzantine Period (401-600 CE).