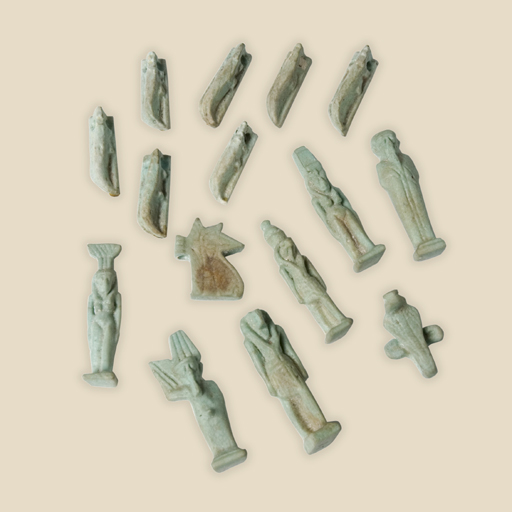 They are from Saft el-Hinna, possibly from Grave 393. These small amulets were originally strung as a bracelet. The amulets represent the Eye of Horus, the gods Isis, Nephthys, Min, Ptah, Horus and Thoth, and a cobra plus seven crocodiles. The crocodiles are all from the same mould. Each amulet would give the protection of the god. This is a set of 15 amulets. They are made from faience. It is probably between 3,300 and 3,600 years old, dating to the 18th Dynasty (1550-1295 BCE) in the New Kingdom.