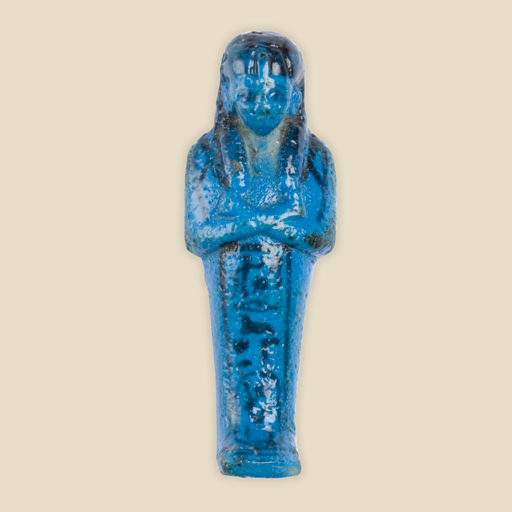 This is a mummiform figurine known as a shabti.

It is from Deir-el- Bahari. The Egyptians believed that shabtis do the work of the deceased and their servants in the Afterlife. The term shabti means “answerer”. When the deceased’s name was called to work, the shabtis answered for them. Originally only one was provided but by the New Kingdom there was one for every day of the year (365) and 36 “overseers”- 401 in total. Shabtis could be made in any material, but the vast majority were of mould-made faience.This shabti belonged to Maat-ka-re, daughter of Pinedjem, the High Priest of Amun. This is a mummiform figurine known as a shabti. It is made from faience. It is about 3,000 years old, dating to the 21st Dynasty (1069-945 BCE) in the Third Intermediate Period.