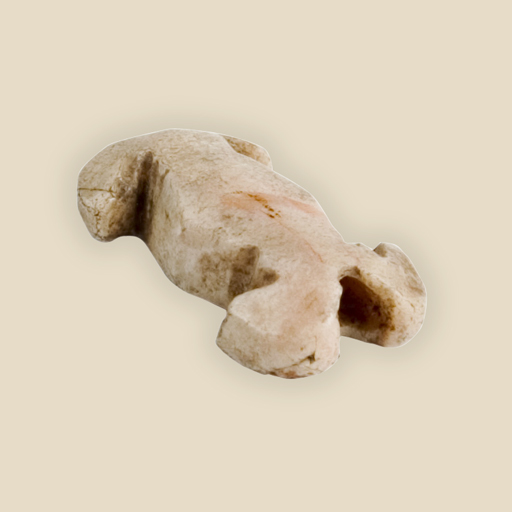 This is an amulet in the shape of a weaver’s shuttle.

It is from Egypt but the exact location is unknown. Weavers in ancient Egypt used two types of loom. The horizontal loom was usually worked by women, and the upright loom by men. In both, the weaver set up the warp thread on the loom, and passed the weft thread through the warp threads. The weaver wound the weft thread onto a shuttle that they threw from side to side. In Predynastic Egypt, Nt (Neith) was the goddess of weaving. Neith is identifiable by her emblems and most often it is the loom’s shuttle, with its two recognizable hooks at each end, upon her head. This is an amulet in the shape of a weaver’s shuttle. It is made from stone, possibly white carnelian or quartzite. We do not know how old this object is.