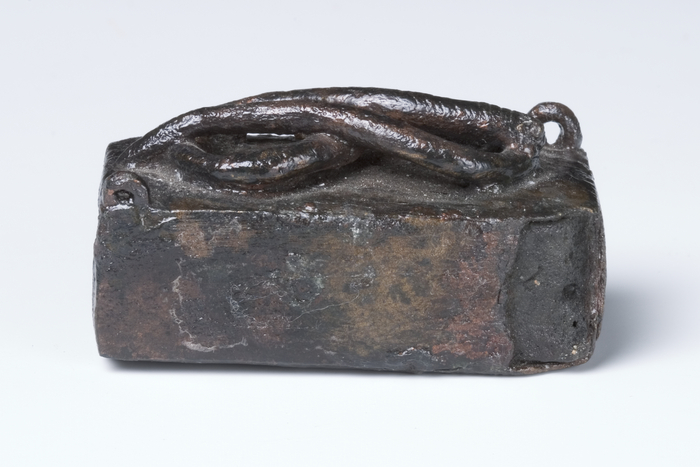 It is a box made to hold a mummified snake.

It is from Naukratis. The ancient Egyptians saw snakes as evil and dangerous. They were also associated with eternity (because snakes can coil into a circle with its tail in its mouth) and with re-juvenation (because they grow and re-juvenate by shedding their skin). The Egyptians created and worshipped several snake gods, to avoid or overcome the dangers posed by poisonous snakes. An offering of a mummified snake in a shrine or coffin was one way of pleasing a snake-god and therefore controlling the danger. It is a box made to hold a mummified snake. It is made from a copper alloy. It is over 2,000 years old, dating to the Ptolemaic Period (332-30 BCE).