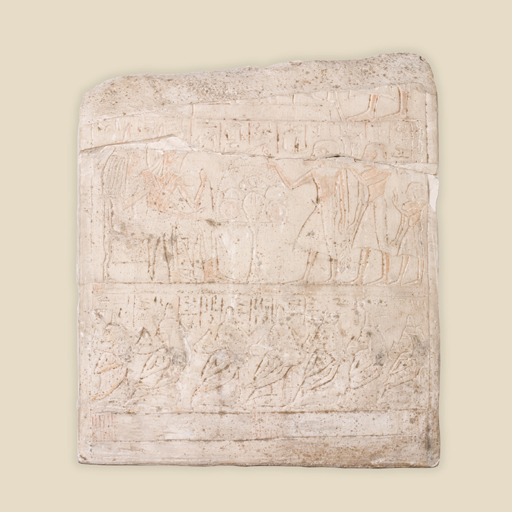 This is a stela showing three generations of a family.

It is from Abydos.