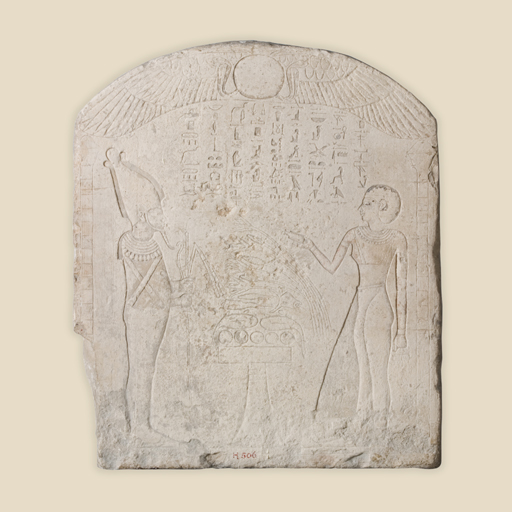 This is an offering stela for a young woman In-Amen-nay-es-neb.

It is from Thebes.

We do not know how old In-Amen-nay-es-neb was when she died. Presumably she was too young to be married, as her parents rather than a husband buried her. The hieroglyphs read: Speech of Osiris, Chief of Justice, Lord of Abydos, that he may give food offerings to his ka. A royal offering to Osiris that he may give perfumed oil, alabaster vessels, clothing, bread and beer, beef and poultry for the Osiris In-Amen-nay-es-neb, the daughter of the beloved of the god, the Wardrobe Master of Min, Ankh-ef-en-Amen; her mother Pay-es-tjau-em-dunun.

Coffin with mummy inside