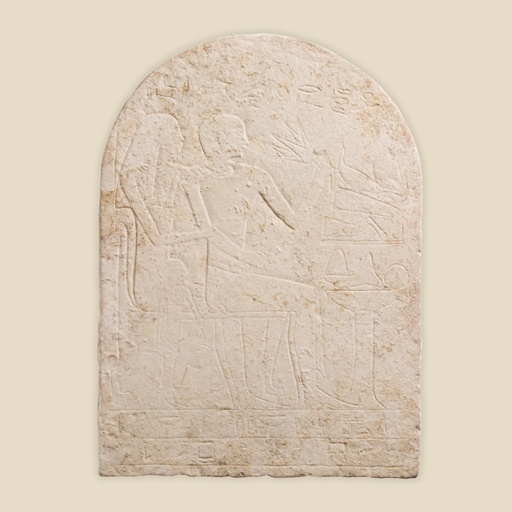 This is an offering stela for a man called Meru.

It is from Thebes. The prayer on this stela asks for food and drink for the ka of the dead man Meru. He is shown with his wife seated beside him, although she is not named. The inscription reads ‘A royal offering to Osiris, Lord of Busiris, the Great God, Lord of Abydos, that he may give invocation offerings, bread, beer, beef, poultry, to the ka of Meru’. This is an offering stela for a man called Meru. It is made from limestone. It is over 3,500 years old, dating to the 17th Dynasty (1650-1550 BCE) in the Second Intermediate Period.