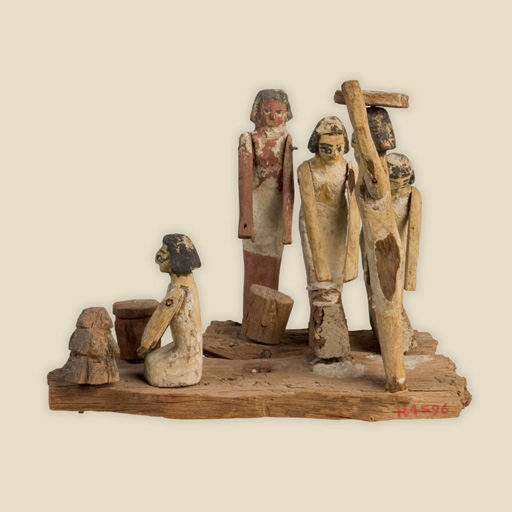 This is a tomb model.

It is from grave 275 at Beni Hassan. The tomb of Tchay at Beni Hassan was filled with 14 model servant groups, the largest collection of tomb models from the tombs that had not been robbed at that site. This group of bakers and brewers would have produced bread and beer for Tchay for ever. Two women are grinding the corn into flour on grindstones. Another servant makes the flour into dough. One squats by the oven. The flat rounds of bread dough were put on the outside of the hot oven to bake. The servant by the large bucket may be the one making beer from bread dough. This is a tomb model. It is made from wood and has been painted. It is 4,000 years old and dates from the early 11th Dynasty in the Middle Kingdom, about 2055-1985 BCE.