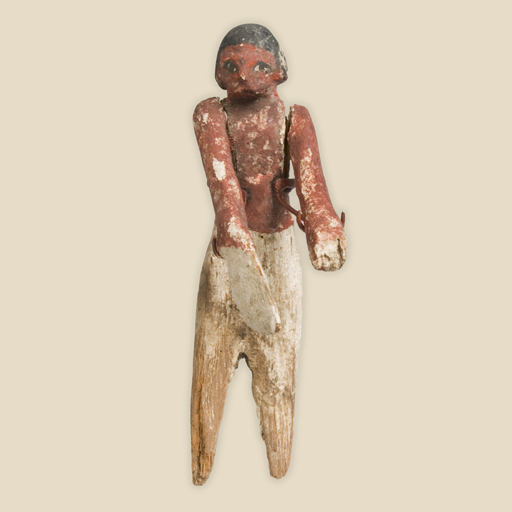 This is a figure from a tomb model.

It is from Egypt but the exact location is unknown. This figure should be part of a group from a tomb model. He is probably a butcher, holding a large knife in one hand. In the group, he would be either slitting the throat of a bull, or removing one of its legs. The ancient Egyptians believed that this model would ensure that they had meat to eat forever. This is a figure from a tomb model. It is made from wood and has been painted. They are at least 3,800 years old, dating to the 6th to 12th Dynasties (about 2250-1850 BCE).