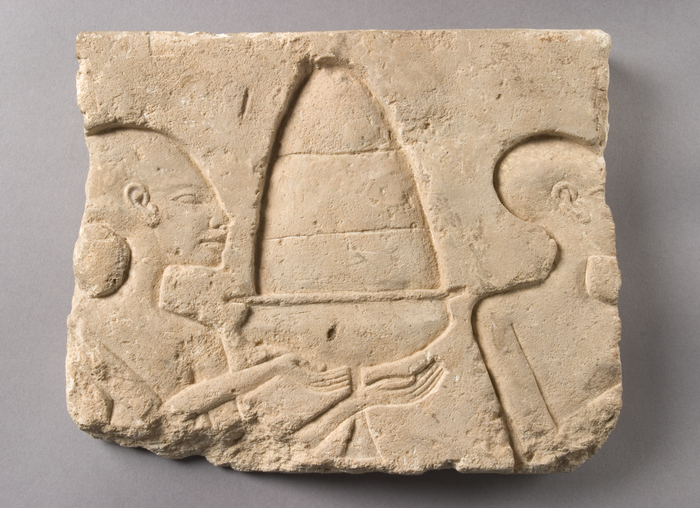 This is a relief from a tomb wall.

It is from Egypt. In this fragment from a wall, two young men carry offerings. The dish is piled with what are probably sweet pastries. In the Afterlife, as in life, many ancient Egyptians had only the basic foods such as bread, beer and meat. The wealthier people would have eaten richer food in their lifetime, and they would expect to eat well in the Afterlife. This is a relief from a tomb wall. It is carved from stone. It is 3,550 years old, dating to the reign of Akhenaten (about 1352-1336 BCE) in the 18th Dynasty, New Kingdom.