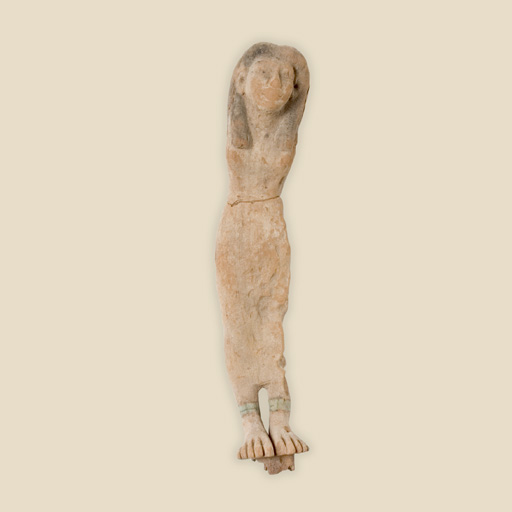 This is a figure of a woman.

It is from Rifa, from Grave 133 This may have been made as a servant figurine, which was placed in a tomb to provide the deceased with provisions in the afterlife, or more probably as a ka figure, a statue in which the ka of the dead person could live. She wears a white linen dress, and anklets. In Egyptian art, the convention was to show women as pale-skinned, as they worked mostly indoors, and men as dark-skinned, as they worked outside in the sun more. This is a figure of a woman. It is made from wood. It is over 3,800 years old, dating to the 12th Dynasty (1985-1795 BCE) in the New Kingdom.