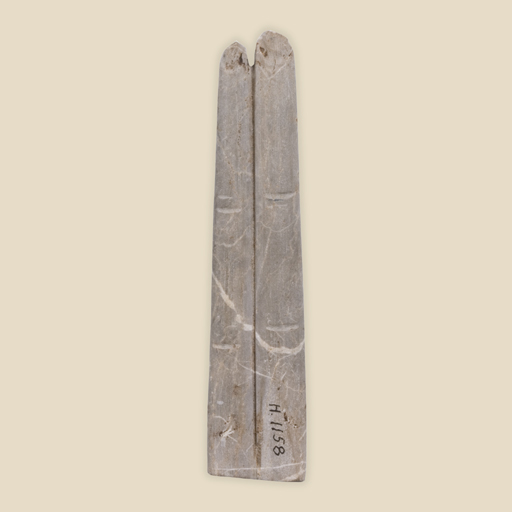 This ‘two-finger’ amulet shows the index and middle fingers.

It is from Giza. Embalmers placed a finger amulet on the mummy, near the incision made to remove the internal organs before embalming. The amulet might have been a symbol of the embalming process, the fingers representing those of Anubis, the god of embalming. However, the amulet could also have been intended to ‘hold’ the incision sealed, to stop evil forces from entering the body. Plaques were sometimes placed over the wound, probably for the same purpose. This ‘two-finger’ amulet shows the index and middle fingers. It is made from stone. It is over 2500 years old, dating to the 26th Dynasty (664-525 BCE) in the Late Period.