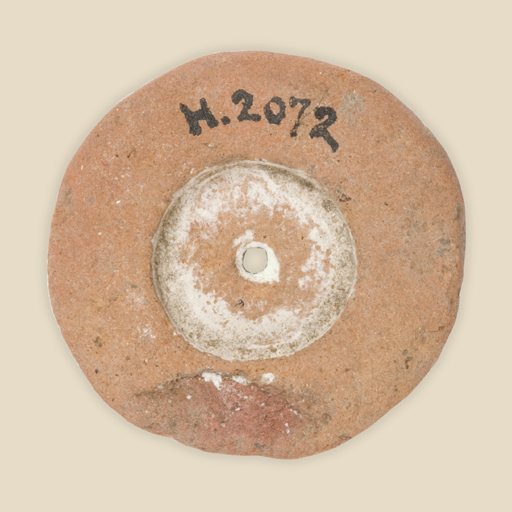 This is a mould for making disc beads.

It is from San el-Hagar (Tanis). Faience was made in small workshops, but the makers used clay moulds in large-scale mass-production, particularly of beads for jewellery. This mould would have made circular disc beads, ensuring uniformity. The maker pushed faience paste into the mould, and pushed a straw or wire through if a hole was needed for threading the beads. Once slightly dry, the bead could be removed from the mould and left to dry before firing. This is a mould for making disc beads. It is made from clay. It is over 2,000 years old, dating to the Ptolemaic Period (332-30 BCE).