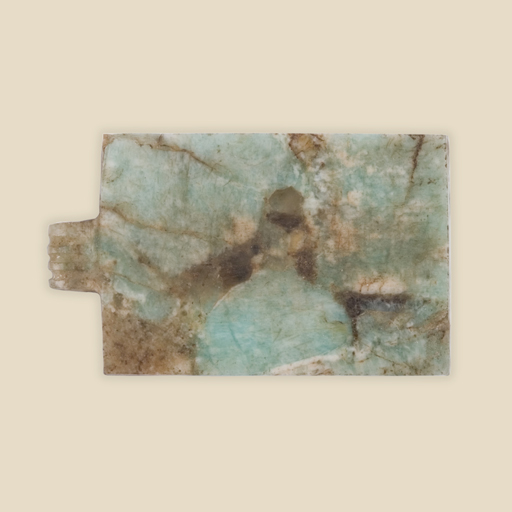 This is a writing board amulet.

It is from Egypt but the exact location is unknown. Scribes used a writing tablet to work on. In Egyptian paintings, they sit cross-legged with a writing board across their knees, and a roll of papyrus across the board. Writing tablet amulets were used in the Afterlife by the deceased, and would also represent the scribes writing tablet mentioned in chapter 94 of The Book of the Dead, ‘Bring me a palette from the writing kit of Thoth and the mysteries, which are in them.’ The amulet would ensure the deceased would be knowledgeable about the spells required in the Afterlife and able to use them. This amulet was used from the 26th Dynasty and later. It was placed on the throat, chest and stomach. This is a writing board amulet. It is made from stone. We do not know how old this object is.