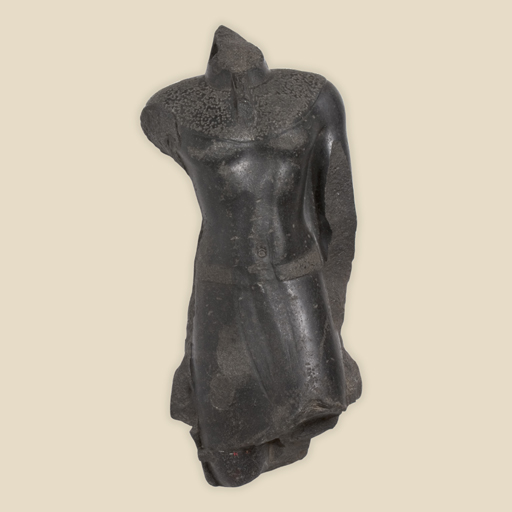 This is part of a statue of the god Amun.

It is from Alexandria. Amun was once a local god, worshipped at Thebes. He became a national god, one of the most important in ancient Egypt, about 4,000 years ago, after the Theban kings reunited the country after a period of warfare. He became ‘the king of the gods’. A statue of this size might have been made as an offering to a temple. Although badly damaged, the workmanship is of high quality. The broken statue was found under Cleopatra’s Needle in Alexandria by General Cookson of the British army. This is part of a statue of the god Amun. It is carved from basalt. It is probably about 2,500 years old, dating from the Late Period (about 747-332 BCE).