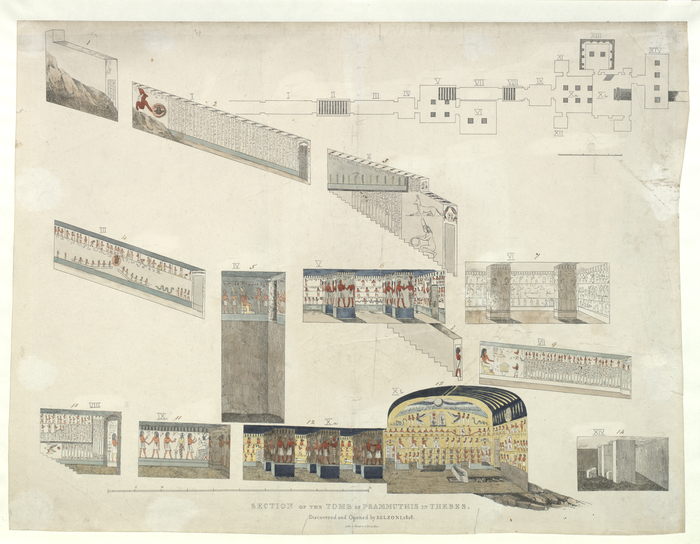 This is a plan of the tomb of Sety I, drawn by Belzoni after he discovered the tomb in 1817.

The picture was copied from the walls of Grave KV17, the tomb of Pharaoh Sety I, in the Valley of the Kings, at Thebes.

This is one of Giovanni Belzoni’s watercolours of the tomb of the Egyptian Pharaoh Sety I. They are a record of the tomb as it was when Belzoni rediscovered it in 1817. This plan shows the complex system of corridors and chambers cut from the rock to make the pharaoh’s burial place. The corridor under the burial chamber has never been explored, and the tomb itself is now closed as geological faults in the rock have made it unsafe.