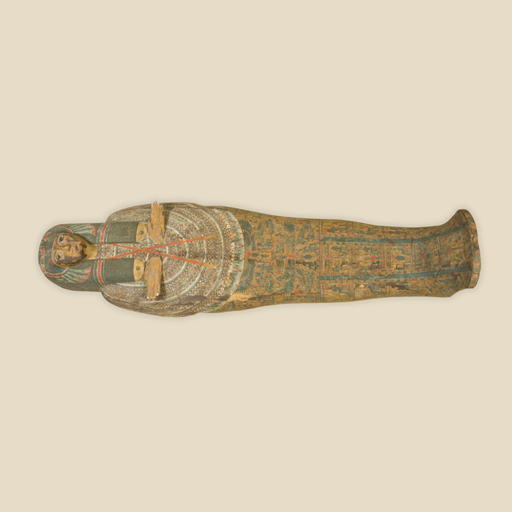 This is the coffin of a woman called Iy-tau-Mut .

It is from Thebes. This coffin belonged to a woman called Iy-tau-Mut. She has the titles Lady of the House (that is, a married woman) and Singer of Amun (a musician in the temple). Her coffin, like many objects in the gallery, was made by more than one craftsperson. A carpenter, or several, made the wooden coffin itself, and an artist, perhaps with assistants, covered the surface in prayers and images of gods. This is the coffin of a woman called Iy-tau-Mut . It is made from wood. It is between 2,900 and 2,960 years old, dating to the 21st or 22nd Dynasty (950-910 BCE) in the Third Intermediate Period.