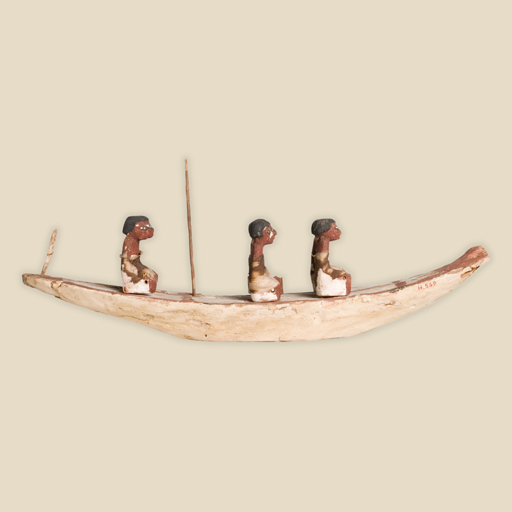 This is a model boat made for a burial.

It is from Sidmant. At this period, the Egyptians made models of boats for the tomb. They believed that this would allow the dead to travel. They usually provided two boats, one with sails for travelling south with the prevailing winds, and one with a crew rowing against the wind for travelling north. The models give a glimpse of the working life of sailors. On this one, the crew are seated for rowing north, though they no longer hold their oars. This is a model boat made for a burial. It is made from wood. It is about 4,000 years old, dating to the 11th Dynasty (2055-1985 BCE) in the Middle Kingdom.