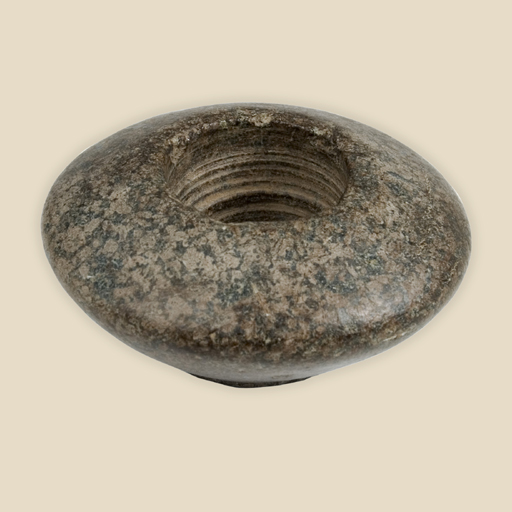 This is a stone bowl with a drill mark.

It is from Egypt but the exact location is unknown. Stoneworkers used a hollow drill bit to remove a core from the centre of a pot before hollowing it out further with stone grinders. This bowl is unfinished. The maker had drilled out the centre – the hollow space is conical which suggests that he moved the drill a lot rather than keeping it upright as he drilled. Grooves where the bottom of the drill cut into the stone are clearly visible inside. This is a stone bowl with a drill mark. It is made from stone. It is over 3,000 years old, dating to the 19th Dynasty (1295-1186 BCE) in the New Kingdom Period.