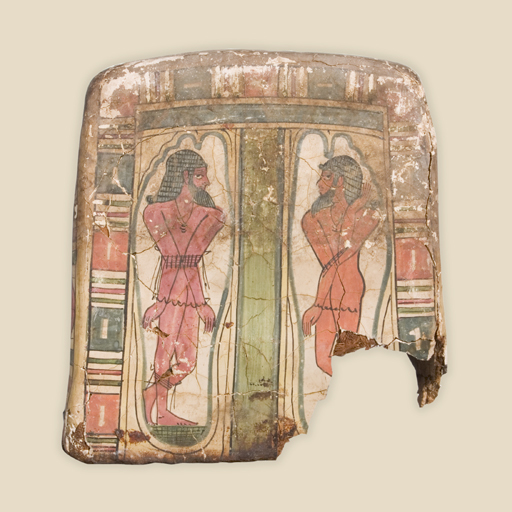 This is a mummy foot cover, with painted decoration.

It is from Hawara.

An Ethiopian represents the enemy at the southern end of the kingdom, and an Asian the enemy at the northern end of the kingdom. It is significant that they are displayed under the foot of the mummy, because this signifies their defeat. The Egyptians took prisoners of war in their many battles against their neighbours. Some were used as slave labour in the quarries and mines of Egypt, others were adopted into the army and ended up fighting for their former enemy.

This is a mummy foot cover, with painted decoration. It is made from cartonnage. It is over 2,000 years old, dating to the Roman period (01-100 CE).