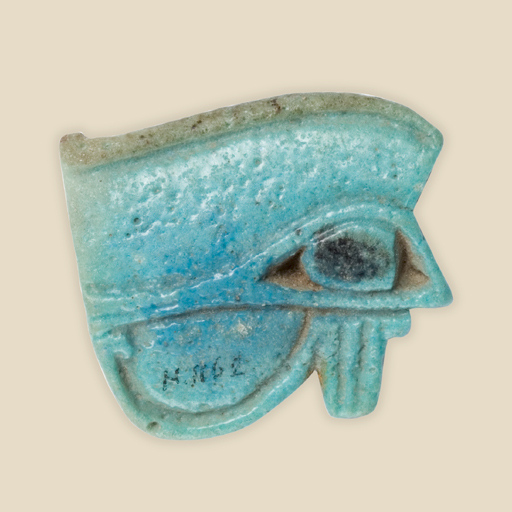 They are from San el-Hagar (Tanis). The wedjat represents the eye of Horus that was injured in a fight with his uncle Set. The markings are like those on the eye of a hawk. The Egyptians believed the wedjat had healing properties, and it was often placed on the incision in the mummy’s side to heal the wound and prevent evil influences entering the body. It was also placed on the forehead, throat, chest, stomach, arms and hands of the mummy for protection. This amulet was also worn in life to protect the wearer. It was one of the most common amulets so faience makers produced them in large numbers. This is a wedjat or Eye of Horus amulet. It is made from faience. It is between 2,340 and 3,200 years old, dating to the 20th to 30th Dynasty (1186-340 BCE) in the New Kingdom, Third Intermediate Period or Late Period.