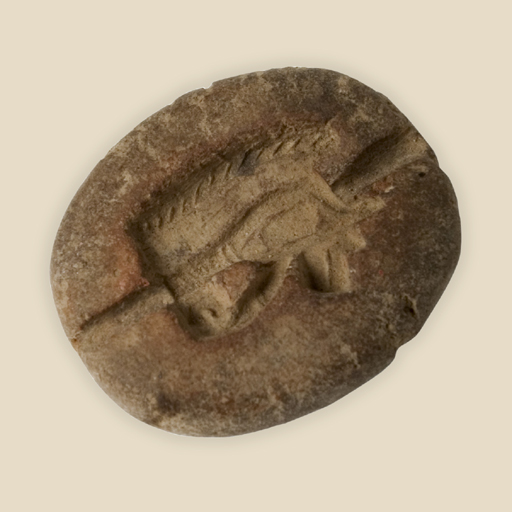 This is a mould for making an Eye of Horus amulet.

It is from Egypt but the exact location is unknown. Faience was made in small workshops, but the makers used clay moulds in large-scale mass-production, particularly of beads for jewellery. These moulds would have made identical Eye of Horus or wedjat amulets. The line either side of the mould gave a guide for pushing a straw or wire through the wet faience paste to make a hole for threading the amulet. In Egyptian myth, Horus gave his healed eye to his dead father and brought him back to life. This powerful amulet was worn by the living and especially by the dead, as it promised rebirth. This is a mould for making an Eye of Horus amulet. It is made from clay. We do not know how old this object is.