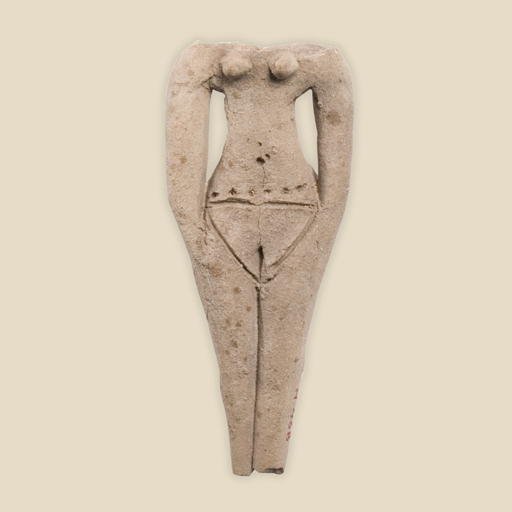 This is a fertility figure.

It is from Grave B19 in Qurna, Thebes. In the Middle Kingdom, the Egyptians often placed small,stylized figures of naked women in the tombs of both men and women. Egyptologists thought of these as toys or sex toys, but now think that they were put there to represent the sexual aspects of regeneration and rebirth. This is a fertility figure. It is made from clay. It is about 4,000 years old, dating to the 11th Dynasty (2055-1985 BCE) in the Middle Kingdom.