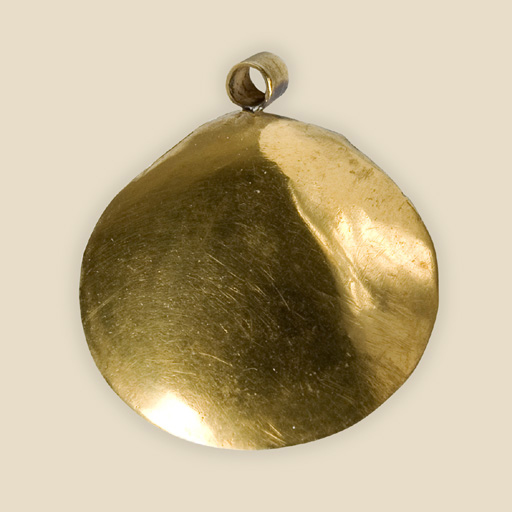 This is a gold pendant.

It is from It is from Riqqa. Gods, goddesses and the king had a special association with gold. The sun god Re was called “Gold of Stars”. Horus was the “Child of Gold” or “Falcon of Gold” and the king, as the personification of Horus on earth, was called “Mountain of Gold”. Goldsmiths would therefore have been respected for their knowledge of such an important metal. Goldsmiths manufactured objects for daily use as well as for ritual purposes and funerary goods. This oyster shell pendant in gold was believed to give health to the wearer. This is a gold pendant. It is made from gold. It is between 3,800 and 4,000 years old, dating to the 12th Dynasty (1985-1795 BCE) in the New Kingdom.