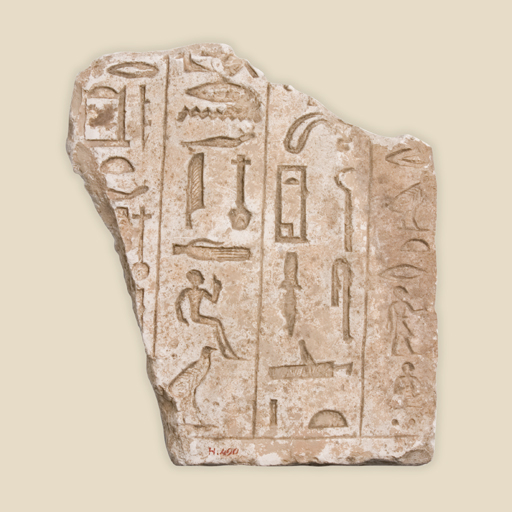 This is a tablet naming the civil servant Idu.

It is from the mastaba tomb of Idu II at Dendara. Idu, like many civil servants, held several posts. He may have held the title of Royal Sealer or Seal Bearer, one of many in the Old Kingdom as a way of limiting the power of the Chancellor as the only Royal Seal Bearer. ‘Sole Companion’ was the lowest ranking title of the upper levels of bureaucrats in the civil service. A translation of this tablet reads: “[…] Sealer, governor of the estate, the sole companion […whose good name is Idu [may he] be granted a good burial in the western necropolis […] in reverence before the great god, lord of the west, his follower [in his] pure places [..]”. This is a tablet naming the civil servant Idu. It is made from limestone. It is over 4,000 years old, dating to the 6th Dynasty (2345-2181 BCE) in the Old Kingdom.