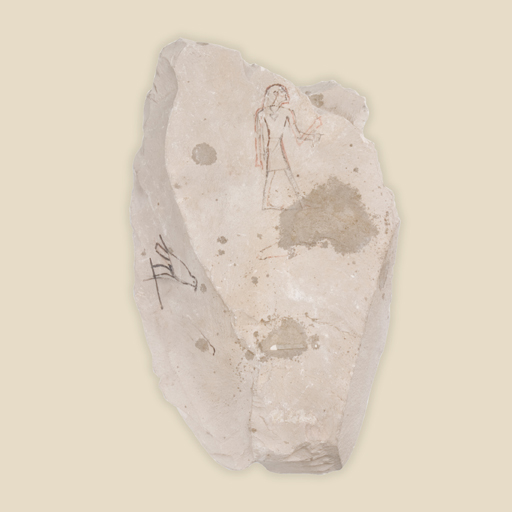 This is a piece of graffiti, or sketches, on limestone.

It is from Deir el-Bahari, probably from the mortuary temple of Mentuhotep II. Artists often used limestone fragments to draw on, for practice or for their own amusement. This has a man sketched with one arm out, originally drawn in red and then finalised or corrected in black. There is also a bird in black (originally in red, mostly rubbed out now) and one very rough sketch of a bird. This is a piece of graffiti, or sketches, on limestone. It is made from limestone. It is probably about 4,000 years old, dating to the reign of Mentuhotep II (about 2055-2004) in the 11th Dynasty in the Middle Kingdom.