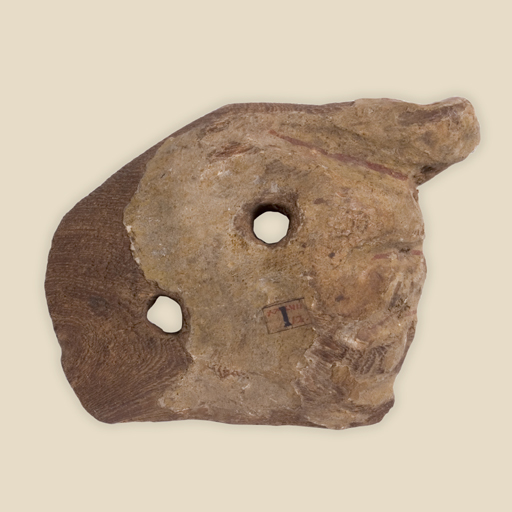 This is a carved hand from a coffin lid.

It is from Aswan. Woodworkers were often working with small pieces of timber. They often had to piece bits together to make somethiong large like a coffin. The added decorative pieces, such as hands and beards, were also carved separately and attached with dowel pegs through holes drilled in the wood. Such additions often became detached. This may have come from a man’s coffin, as men were usually shown with their hands closed and women wiuth their hands outstretched. This is a carved hand from a coffin lid. It is made from wood. We do not know how old this object is.