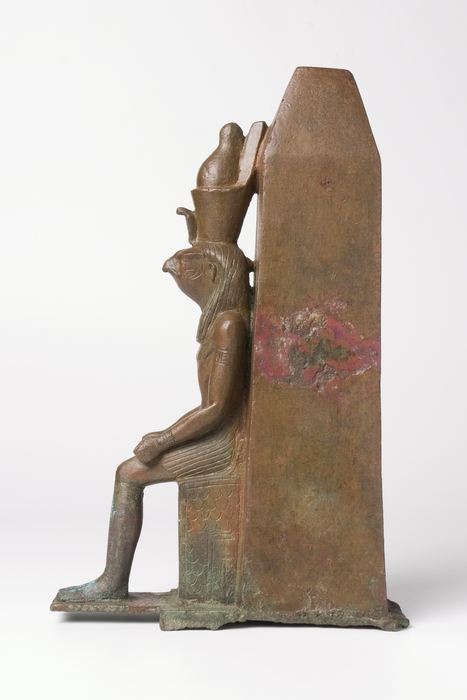 This is a part of a shrine made to hold a mummified hawk.

It is from Tell el-Yahudiya. Horus was depicted as a hawk or as a man with the head of a hawk. He was god of the sky, the embodiment of divine kingship and protector of the reigning pharaoh. This hawk coffin or shrine was an offering to the god from a worshipper. It was originally decorated with gilding, and may have had an elaborate stand. It would have been presented to the god with a mummified hawk in the obelisk behind the figure of the god, but this is now empty. This is a part of a shrine made to hold a mummified hawk. It is made from a copper alloy. It is over 2,300 years old, dating to the Ptolemaic Dynasty (approx 300 BCE) in the Ptolemaic Period.