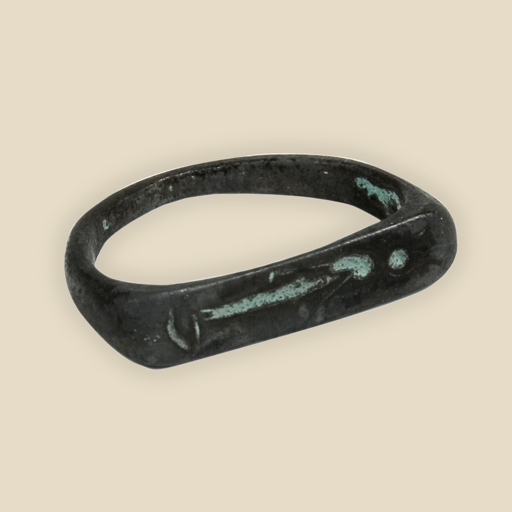 This is a finger ring with the goddess Isis or Hathor.

It is from Abydos. Incised into the ring is the figure of a woman wearing a sun disc and horns. This headdress was worn by both Isis and Hathor. Isis represented the virtues of the archetypal Egyptian wife and mother. She was the sister-wife to Osiris and mother to Horus. Hathor was linked to sexuality and to childbirth, and also with death and rebirth. A ring with the image of these goddesses would probably have been worn by a woman for its links with fertility and children. This is a finger ring with the goddess Isis or Hathor. It is made from silver. It is over 2,000 years old, dating to the 19th-25th Dynasties (1295-664 BCE) in the New Kingdom, Third Intermediate Period or Late Period.