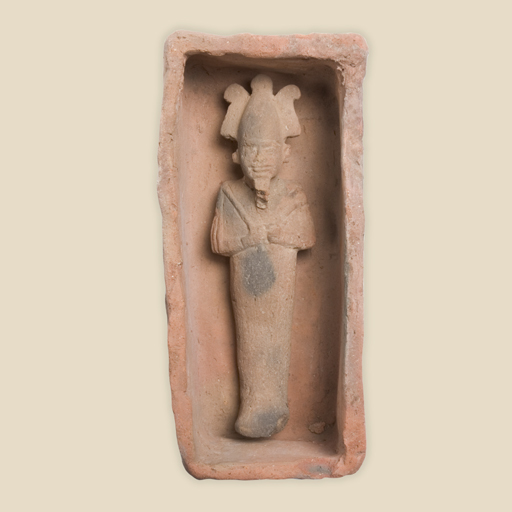 This is a pottery figure of Osiris in a coffin.

It is from Wadi Qubbanet el-Qirud, or “the Valley of the Tombs of the Monkeys”, Thebes. Osiris is associated with death, resurrection and fertility. He was the Judge of the Dead. A figure of the god, mummified in a coffin, placed in a tomb, would be a promise of rebirth for the dead. This is a pottery figure of Osiris in a coffin. It is made from clay. It is over 3,000 years old, dating to the 19th or 20th Dynasty (1295-1069 BCE) in the New Kingdom.