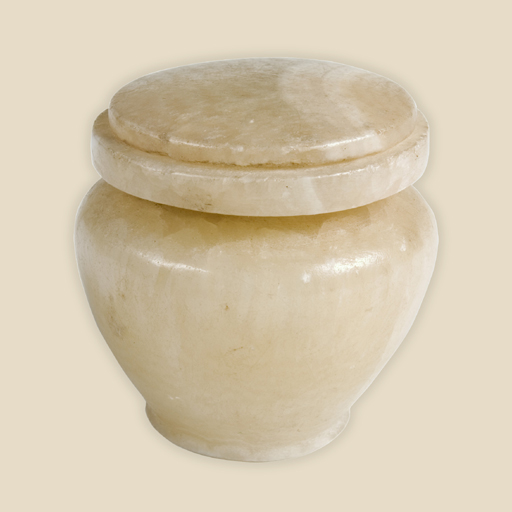 This is a kohl pot.

It is from El-Kab. Kohl pots were used used to store eye make-up (kohl). The type of pot in which kohl was kept varied from one period to another. This example is in three parts. It has a removable rim, which would make filling easy and gave an edge to wipe excess kohl off the applicator stick. The tight fitting lid kept the kohl liquid and ready to use. The inside of the vase contains the dry remnants of the black kohl it once held. It is beautifully made and would have been an expensive and much-treasured possession, used in life and placed in a tomb after death. This is a kohl pot. It is made from Egyptian alabaster. It is between 3,800 and 4,000 years old, dating to the 12th Dynasty (1985-1795 BCE) in the New Kingdom.