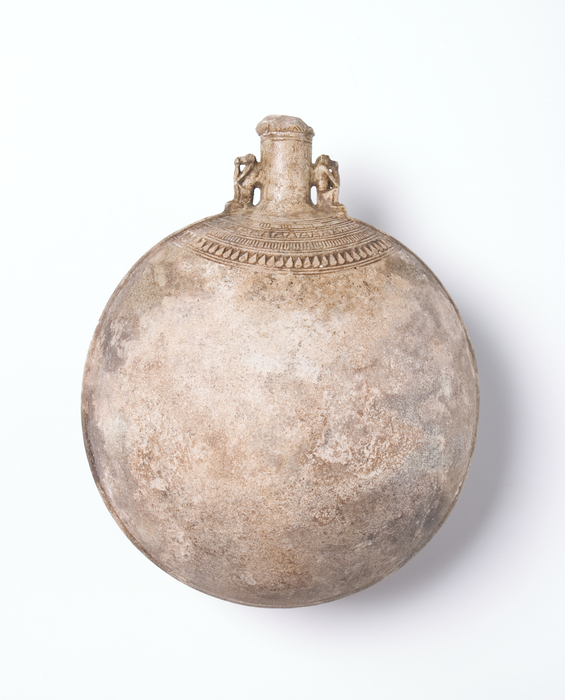 This is known as a New Year flask.

It is from Tell Hisn (Heliopolis). The ancient Egyptian New Year started in late summer when the Nile began to flood. The Egyptians thought that this period of transition was a dangerous time, affecting maat or cosmic balance. The mould-made New Year flasks may have held a liquid used in New Year rituals. The flask is decorated wioth a collar made of lotus petals. A pair of baboons sit beside the neck. Baboons were symbols of rebirth, welcoming the sun as it rose each day. The hieroglyphs on the side read ‘May Ptah open a good year for her lord (that is, owner)’ and ‘May Amun open a good year for her lord’. This is known as a New Year flask. It is made from faience. It is between 2,500 and 2,670 years old, dating to the 26th Dynasty (664-525 BCE) in the Late Period.